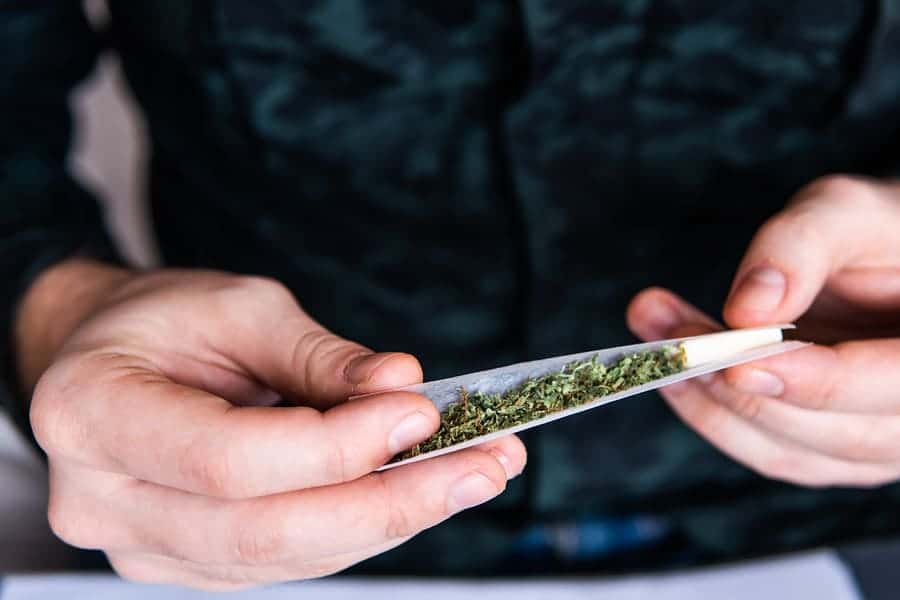 As the legalization of marijuana continues to spread across the country, questions still remain: is it actually safe to use? Is marijuana addictive like so many other drugs that are out there?

Think about it. Alcohol is legal, but it’s widely accepted that alcohol is addictive and can lead to alcoholism, alcohol abuse and binge drinking. Prescription drugs are also something people use every day, but now the country is facing an epidemic that has driven up the amount of opioid addictions over the years.

Is marijuana on its way to becoming the new drug epidemic?

At Spirit Mountain Recovery, we know – and have seen – the severe impact marijuana has on adolescents and for a significant number of others, who due to their unique personal attributes, will most likely become addicted to this drug.

While there is certainly benefits to medically prescribed marijuana that is strictly administered, it’s important to note that using marijuana recreationally can lead to addiction.

From our vantage point, the increased proliferation of marijuana legalization in the United States will most likely have a devastating effect on the most vulnerable among us. These are the adolescents or those genetically prone to addiction who will find themselves drawn to this mind-altering drug as a way to cope with emotional pain and trauma.

These are the young men we see being admitted to our treatment center every day.

We see these men suffering not only with or from a long term addiction to marijuana, but also, now badly addicted to other more onerous and deadly drugs to which they say their marijuana usage has led.

We see it. Why is it so difficult for others to see? Why are we diving head long into the legalization of marijuana before the research is more complete as to whether this drug is safe for general consumption or there are adequate safeguards in place as to its use?

Could our current unabated wide-eyed euphoria for marijuana legalization be delusional?

Scottish journalist and author Charles MacKay wrote a very provocative book in 1841 based in part on how aberrant crowd psychology had often played a significant role in the creation of economic bubbles or financial manias.

Titled the “Extraordinary Popular Delusions and the Madness of Crowds”, MacKay stated that “Every age has its peculiar folly: Some scheme, project, or fantasy into which it plunges, spurred on by the love of gain, the necessity of excitement, or the force of imitation.”

If we learn anything from MacKay’s book, we could point to new tax revenues gained from marijuana sales as the driving force for many states to legalize marijuana. Or perhaps it’s just every day people getting caught up in the excitement of experiencing a greater degree of “personal freedom” in their lives as musician Bob Marley would say.

Whether it’s one of these reasons, both or even other reasons not stated in this blog, it’s absolutely necessary to remember that marijuana is a drug that can lead to addiction and the use of other drugs.

The American Psychiatric Association’s Diagnostic and Statistical Manual of Mental Disorders, Fifth Edition (DSM-5), defines and delineates Marijuana Use Disorder as “a problematic pattern of use leading to significant impairment or distress of the individual as manifested by (the person experiencing) at least 2 of the following 11 characteristics occurring within a 12 month period.”

A person evidencing at least 2 of those 11 criteria associated with their marijuana usage would be classified as having a “mild” case of Cannabis Marijuana Use Disorder. Exhibiting 6 or more of these criteria would result in a “severe” diagnosis.

The following are the 11 criteria used in assessing and diagnosing a Marijuana Use Disorder:

If you or a loved one has found that you have exhibited two or more of these characteristics in the last 12 months, it’s important to seek treatment for marijuana addiction. We can help you get the treatment you need to heal from Marijuana Use Disorder.

If your loved one is struggling with marijuana addiction, Spirit Mountain Recovery is the place for him. Nestled on the side of a mountain in Northern Utah, our beautiful location, clinical staff and fun, experiential activities work together to give your loved one the positive, effective addiction treatment he deserves.

If your loved one needs addiction treatment, contact us today to speak to an admissions counselor.