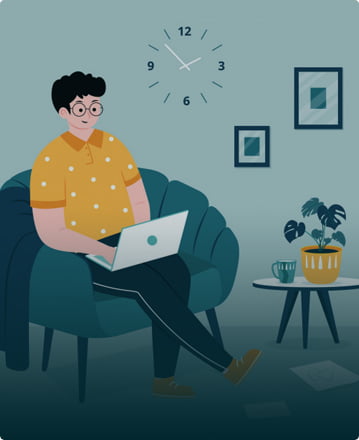 Heroin addicts may try to lie and hide their habit, but there are a few signs you can watch out for if you suspect a loved one is addicted.

If you suspect a loved one is using heroin or is becoming addicted, HowToQuitHeroin.com lists a few signs you can look for… and how you can help.

Some people use heroin intermittently, attempting to moderate themselves with heroin use schedules (only once a week, eight hours per every 72 hours, etc.) and claiming they are not and won’t become addicts. Their plan is to stick to their rules and take just enough to enjoy heroin, but not become addicted or feel withdrawal symptoms. Once they start feeling the slightest touch of either, the plan goes, they will go cold turkey for a while before getting back on schedule.

This is called chipping, and it is a risky model of use. Any mistakes or changes in the scheduling or dosage and a recreational chipper can find that full-blown addiction has sneaked up on them.

A person could give themselves a rule only to use on the weekends, but a three day weekend could come along and that person could rationalize using that one extra day. When they return to work, they find themselves feeling worse for wear and justify using a little to boost their mood and get through the week. By then, it can be difficult for a person to turn back—if they have realized they’ve slipped at all. Some suspect Phillip Seymour Hoffman met his end this way.

Missing money and valuables: Addicts will use all available resources to get a fix. Keep an eye out for valuable items disappearing. Similarly, since they may be having financial troubles after depleting their own funds, users end up borrowing money from those close to them in order to score or pay off debts.

Constant lying or secretiveness: Heroin addicts will say what they need to in a desperate bid to either hide their bad habit or acquire more heroin. Things to listen for are excuses for why they spend a lot of time asleep, where they have been or why they seem to always need to borrow more money. At times, addicts may spend more time with shady characters whose identities they are reluctant to reveal even to those closest to them. Addicts have trouble keeping healthy relationships due to their lies and the constant manipulation of those around them.

Run-ins with the law: Heroin use is deemed non-medical, causing the federal government to label it a Schedule I drug. There are severe consequences for the possession, use, and sale of heroin, including paying large fines and serving prison time. Punishment takes into account the age of the dealer and buyer, location of the transaction, and the quantity sold, with intent to distribute considered. Addicts often and easily find themselves on the wrong side of the law.

What You Can Do

If you want to help someone get free of heroin, the first thing you can do is to learn everything you can about the drug. The more you know about heroin and heroin addiction, the better you can understand an addicted loved one and his or her problem. This will be one of the biggest battles of their life, and they will need a clear-headed and knowledgeable partner to get through it. You may have to educate them about the effects of heroin and the short and long term risks. You’ll want to know what to expect from withdrawal symptoms, naloxone, detox and maintenance medications, and support groups such as Narcotics Anonymous and SMART Recovery.

You can also help them decide what avenue of recovery to seek.

Remember to keep tabs on their whereabouts and who they stay in touch with as either could spell relapse. Remind them in a calm and gentle way why they’re quitting and how heroin is affecting their lives—don’t let them deny they have a problem and play it off. Keep them from being lonely or bored and always be available when they need someone to talk to.

If you or someone you know refuses to stop using, sometimes the most you can do is to ensure their safety.

Never reuse a syringe. Locate a nearby needle exchange to get clean syringes. Note that needle exchanges don’t give out needles, they simply exchange your used ones for new, clean needles, thereby not increasing the number of syringes in circulation—just keeping the pool disease-free. Despite what detractors say about exchanges, they do not increase illegal drug use in a given area. If you can, pay for the syringes as it helps support the exchange—they cost about $0.10 to $0.20 every needle.

Impure heroin and improper injection techniques will make heroin much more deadly than it already is. Proper technique can reduce damage to blood vessels at the injection site and prevent infection. Some adulterants added to cut heroin can be very dangerous and should be filtered out through purification.

Filtering heroin can come in very handy. Heroin Helper offers a couple guides on purifying street heroin to make sure it’s free of potentially toxic adulterants like quinine and glass particles. There are several ways to purify heroin, passed down from generations of users.

Particulate matter can be separated by mixing the heroin in with 28% hydrochloric acid and left for a couple minutes before adding 5 ml of distilled water and mixing vigorously—any particulate matter at the bottom is an impurity and should be left as you pipette or pour the liquid into another container.

The heroin can be de-acidified by adding baking soda to the solution and waiting for the bubbling to stop. Allow the solution to air dry, and what’s left behind is pure heroin, ready for consumption.

Proper injection can go a long way in preventing injury to soft tissue and preventing infection. Some believe you shouldn’t boil the heroin (in a spoon, over a flame) because it causes the heroin to boil away. However boiling heroin carries a bevy of benefits—it dissolves into the water faster and destroys infections bacteria, viruses and diseases like Hep C. Just be sure to stop applying heat the moment it hits boiling and cool the heroin before injection.

When injecting, be careful not to inject into arteries as it can hurt. Injecting into arteries sends the heroin the opposite direction of the heart, causing pain to the extremities.

If a tourniquet is used, be sure to remove it before the actual injection to prevent blowing out the vein.

The recovery position should be used in any case where a person has passed out, either from trauma or substance use. Place the unconscious person on their side with their folded arm under their head to support it. This prevents them from choking on their vomit should they do so in their unconscious state.

Last but not least, obtain some Naloxone (Narcan). It’s a life-saving nasal spray or injection that reverses opioid overdoses, and many opiate users who would have otherwise died owe their lives to this medicine. While some may consider it a safety net for drug users, a heroin user can’t break the habit if they’re dead.