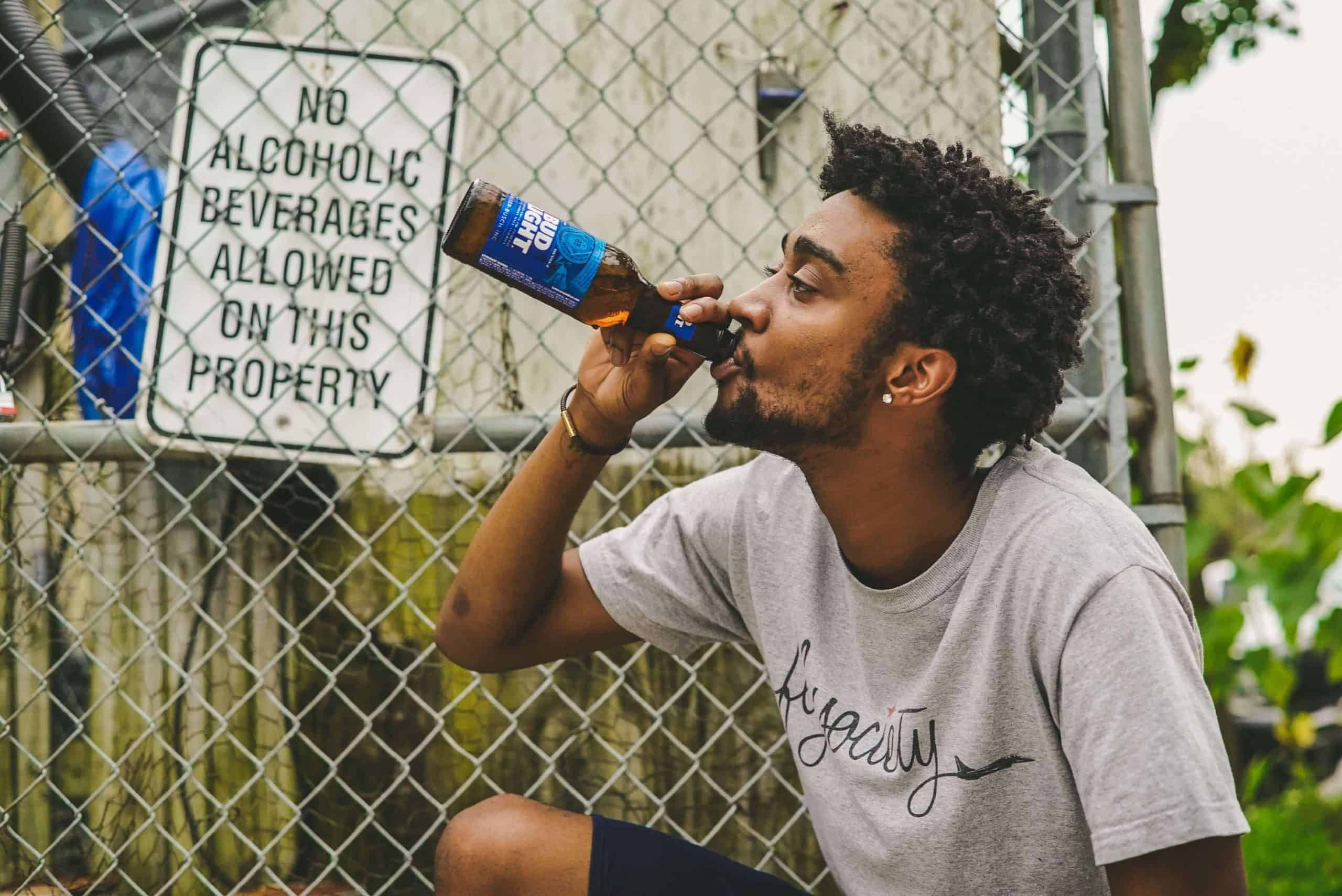 Alcoholism is considered to be a craving for the use of strong drinks which contain high dosage of alcohol. However, the majority of alcoholics start their addiction path with consuming the typical relatively weaker beer.

Today it seems like beer is consumed by “everyone and everywhere”, youngsters and elders, men and women, boys and girls. Beverages can be plain or fruit flavored or other flavors, and sometimes not appearing to be alcoholic; on the contrary – everyone treats it as a regular everyday thing.

About the beer ingredients

Beer is a drink that consists usually from barley malt with the low concentration of alcohol. Special brewing malt, hops and water are used to prepare beer, often with the addition of rice or sugar. Two main types of beer in existence are light and dark. Typically, beer contains from 3.2 to 8% of alcohol; although, there are varieties with higher alcohol concentration. Indeed, beer is still considered by many to be harmless, or even a useful “refreshing” drink. This opinion is also promoted by the lack of awareness of the population on the matters of the “merits” of beer, which it actually possesses.

The causes of excessive beer consumption

“How nice does it seem to return home after a tiring day of work, sit yourself down on the comfy sofa, drink a bottle of cold, beer, and feel the tension go away ” – these thoughts are typical for many beer drinkers.

In fact, the pharmacological effect of beer actually works to help you calm down and relax. As a result, while drinking beer, a person self-inflicts the habit of not only getting used to the usual intoxicant influence of alcohol, but also to its sedative effect. Accordingly, after some time, the beer becomes an inevitable element of relaxation. Occurrences of beer consumption are, therefore, increasing, causing alcoholic excesses and memory lapses. Gradually, alcohol dependence is formed, and drinking beer becomes a regular acquired habit and it penetrates the cells of the whole body.

Beer alcoholism contributes to a misleading impression of well-being. Most people think that beer should not be considered alcohol. The desire to drink beer does not cause such levels of anxiety in humans as the need for vodka. The formation of beer alcoholism happens much slower than the regular one, but when developed – it leads to very severe and extensive forms of alcoholism.

A huge role in the development of beer alcoholism is due to advertising. People wrongly consider beer to be safer than vodka or other alcohol; otherwise, it would not be advertised so extensively. However, in the USA a large part of the population already has a genetic predisposition to alcoholism, so beer plays the same role as vodka.

Frequent beer consumption is a short way to the formation of chronic alcohol addiction (known as ‘gambrinism’ – from German (by Prof. von Struempell)). At least thirty percent of beer drinkers become alcoholics in the coming years, and almost the same number – belong to the high-risk group. The sickening passion for beer drinking develops much earlier and faster than – to vodka.

In general, the painful traction for low on alcohol beverages develops four times faster than the one for stronger alcoholic drinks, resulting in alcoholism. In this case, the disease of addiction is much more difficult to treat. At the same time, among the beer drinkers, there is a rapid increase in the development of such diseases as hepatitis, liver cirrhosis, atherosclerosis, various lesions of the central nervous system and so on. Also, premature aging becomes an issue. And that is easily predictable, since beer, unlike vodka or wine, is used more often, on regular basis and in much larger quantities.

And then, there is no visible difference of whether to drink a bottle of vodka daily (200 g of alcohol) or four liters of beer – in both cases it is alcoholism. Such a turn of events can become an unexpected discovery for the people who do not understand what a feeling of being drunk is or who have never given it much thought.

Often, such people do not recognize themselves as alcoholics or addicts, although, in fact, they have  an openly expressed problem of alcohol abuse. No alcohol addiction started immediately from drinking vodka or any other strong drinks; it starts with beer, wine or notorious cocktails. But, at the same time, the scheme of alcohol addiction is formed in the same way. Thus, the following chain looks like: “drinking beer – beer alcoholism – regular alcoholism”.

The consequences of beer alcoholism

Nowadays, a lot of scientific data exists that proves that beer consumption of more than 0.5 liters per day, contrary to the rooted opinion of most people, is a harmful and addictive habit. Regular use of this “cool” drink leads to the gradual development of many diseases. Alcoholic toxins contained in beer in small quantities (and usually they enter the body in rather dangerous quantities if a person consumes beer daily and in large quantities), as well as the number of other foreign for the body compounds, distort the flow of metabolic processes, and worsen the functions of vital organs and systems. At the same time, the cardiovascular system, digestive organs and the brain suffer the most.

Frequent beer consumption puts the activity of the gastrointestinal apparatus in a state of chronic strain, especially of the liver. The toxic ingredients contained in beer, as well as other stronger drinks, stimulate the release of potent hormones of adrenaline (or so-called anxiety hormones) in the brain cells, which in some cases leads to the outbreaks of aggressiveness. Also, the so-called hormone of sadness is released into the blood circulation which causes the development of depressed moods. Beer is also dangerous (if abused) for the central

Beer is quickly absorbed into the body, entering the bloodstream. Excessive drinking causes varicose veins and expansion of the borders of heart. Radiologists call this phenomenon a syndrome of “the beer heart”. Bear abuse causes the heart “to sag”; it becomes weak, and its functions of “living motor” are lost irreversibly.

Also, in response to beer consumption, the body of the male begins to produce (in particular, in the liver) a pathological substance that inhibits the development of the main male sex hormone methyl-testosterone. As a result, women’s sex hormones begin to be produced: the pelvis becomes wider, breasts grow, etc.

Scientists have discovered that the consumption of beer is one of the main reasons for obesity, chronic diseases aggravation, and the appearance of new illnesses. For the reference: even seemingly harmless mug of beer drunk daily for one year gives an increase in weight up to 15 kg.

There is evidence provided by the oncologists that beer causes the development of malignant neoplasms, stimulating the growth of cancer cells. It has been discovered that in a healthy human body, in one or another number, there are oncogenic cells that, with the reliable functioning of adaptive mechanisms, are destroyed T-lymphocytes (blood cells) (also known as killer cells). They cope with their work if the biological systems of human body function properly. But those who smoke and drink make their defensive system suffer, and that explains why the bodies of the addicts are more prone to the development of cancerous processes.